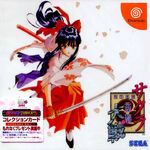 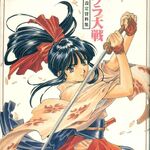 Want to affiliate with us?
If you would like to become an affiliated site, please contact an administrator.

Not sure where to start?

"I want you to be the leader for the Floral Division of the Imperial Combat Revue. Is that alright with you?"
—Sumire

Want your community included? See how!

Retrieved from "https://sakurawars.fandom.com/wiki/Sakura_Taisen_Wiki?oldid=14377"
Community content is available under CC-BY-SA unless otherwise noted.